As far as I know, this is the first picture Tom ever did of Salamandra breaking the moon. It’s about ten years old. I don’t think at this point we knew why she was breaking the moon, either. 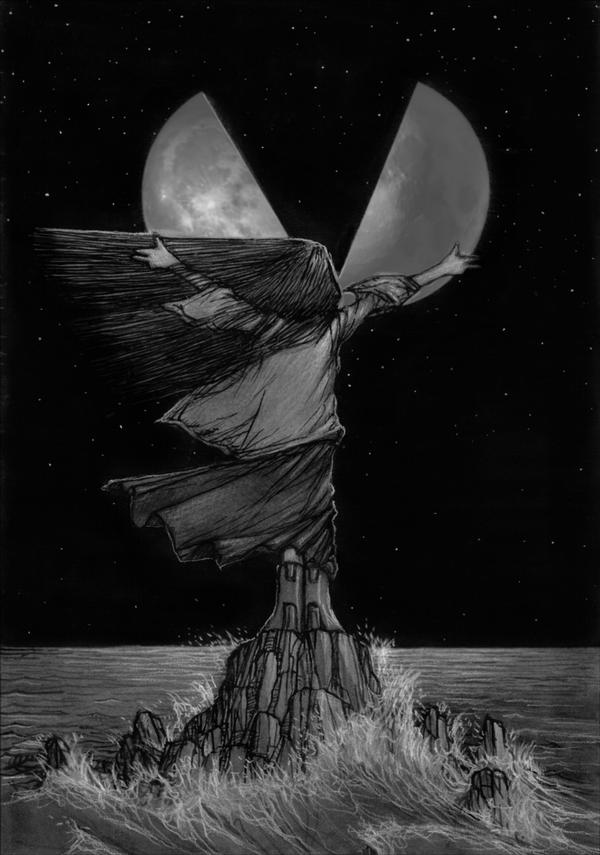 Those of you who have read either Inheritance as a standalone book, or as the second half of The Gathering, will know that Sal breaks the moon at the end of that book. Or appears to. Whether it is illusion, she never says. Is she really strong enough to split the moon in half and then put it back together later when no longer in a fit of pique? If she is strong enough, why is she hanging about on a small, grim island? Why hasn’t she taken over the world?

As the story unfolds, the questions of who and what Salamandra really is, what she can do, and what her limits are, remains pertinent. Obviously I’m not going to give you any spoilers for future books at this point!

In the meantime though, here are some things to ponder. What are the limits of your powers? How do you know? Why are you living the life you are living and not rushing off to do something far more dramatic and important? What are the limiting factors on your ability to change the world?